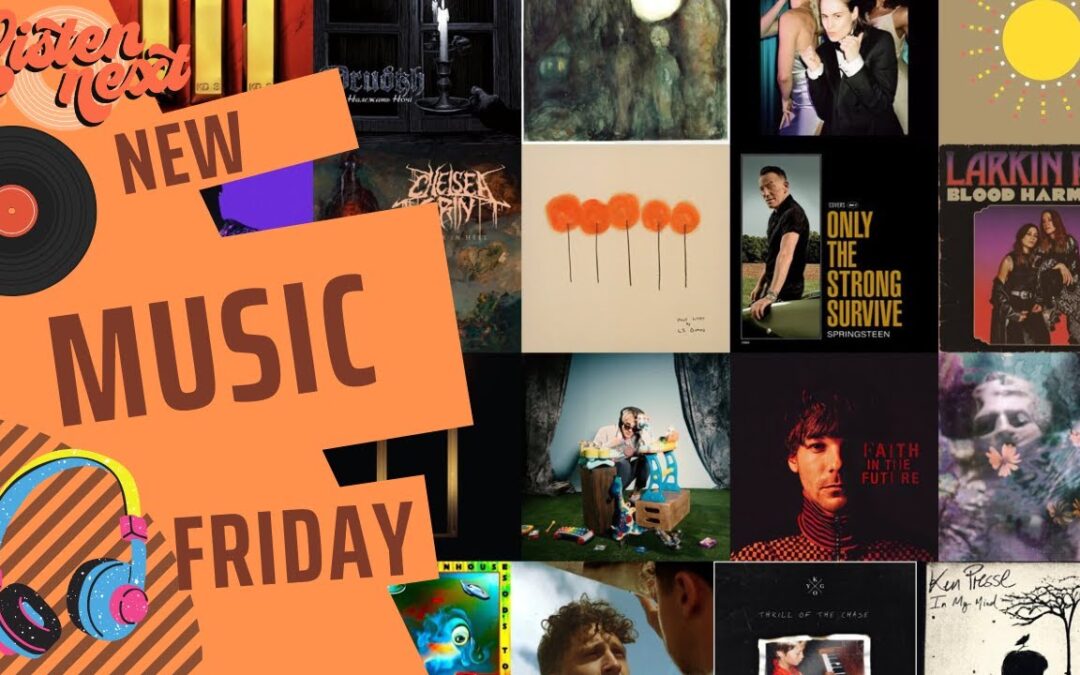 Every Friday, we sum up some of the most noteworthy album releases of the week with short video clips from each album release so you don’t miss something you might love.

New Music Friday is a list of new releases that updates every Friday. It’s curated by our playlist editors and aims to include multiple genres, from rock and pop to hip-hop, electronic, metal and more.

What is Global Release Day or New Music Friday?

When the time turns midnight on Thursday, we get a lot of new music, and if you’re like us, you’ve wondered why a lot of major music releases drop on Fridays. Why can’t it be on a Monday, Tuesday, Wednesday, Thursday, or any other day of the week?

The truth is it’s up to the artist, but the major reason is for charting on Billboard purposes and streaming services make their editorial playlists. In 1989, the music industry agreed on Tuesday being the release date for music but with music sales declining and as music streaming started to really rise, On July 10, 2015, the music industry settled on Friday being the standard global release day to fight piracy and increase revenue. The decision was made and announced by the International Federation of the Phonographic Industry (IFPI), which represents the worldwide recording industry. Global Release Day (also known as New Music Fridays) is now an internationally recognized day for the release of music, either singles or albums.

The biggest reason a lot of major artists release music on Fridays is because of streaming and charting on the Billboard chart they track sales from Friday to Thursday each week, so you are getting more sales by releasing on a Friday. Another reason a lot of artists release on Fridays is because of the streaming services’ editorial playlists. Before Global Release Day, the day of the week new music went on sale, and streaming varied from country to country.

In the UK and Canada, the release day was Monday; the following day, Tuesday, was release day in America and Fridays in Australia and Germany. A country receiving the music sooner than the rest of the world would cause piracy due to a country receiving the music earlier. Nowadays, fans are being trained to now wait till Music Day (Friday) for releases from their favourite artists. If charting or playlist support is a priority for you, it is best to release it on a Friday.